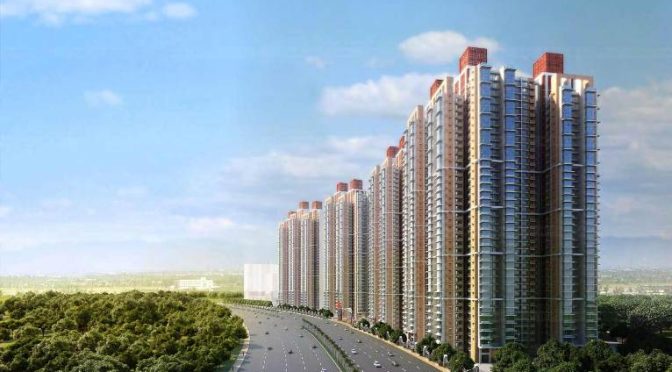 Know! How the Real Estate Bill will benefit ?the?home buyers

The recently passed Real Estate (Regulation & Development) Bill, 2016, in the Rajya Sabha and the Lok Sabha, will benefit the Home buyers and?ease the home-buying process. The bill has undergone several amendments and will be effective in bringing transparency and accountability in the real estate sector, thus increasing consumer confidence and benefiting the sector as a whole.

The bill sets a firm foothold in the real estate sector and would be a foundation for this sector for many years to come. With the changing skylines in many cities, it takes within its ambit many factors, including development and redevelopment, thus paving the way for a smooth road ahead. It will impact the sector, positively at two levels?first at the micro level of home buyers, and second at a macro level of the entire real estate sector.

Home buyers have so far got a raw deal, especially with regards to their dealings in the real estate sector. The bill, when it becomes an Act, will embolden them, make them more confident, which in the long run will help the sector grow.

Timely completion and delivery of the Projects: Project delays are one of the major issues currently plaguing the real estate sector. In the residential property sector, a delay of three to four years is the accepted norm; in certain cases, it is more than seven to eight years. Over-leveraging by developers is the primary reason for such delays.

Developers will now have to deposit 70% of the collections from home buyers in a dedicated account to be used only for that particular project. It has been clarified that if the land cost has already been incurred by the promoter, he can withdraw the amount to that extent.

Level playing field: At present, rights of both the developer and the home buyer emanate from the agreement for sale. But these agreements are heavily loaded in favour of the developer. For example, interest on late payments for consumers is as high as 18%, but the compensation to them by developers in case of a project delay, is abysmally low and varies across contracts. Henceforth, both developers and consumers will have to pay the same rate of interest for delays on their respective parts.

Developers will now have to deliver on time, adhering to the level of quality stated in the information provided to the regulatory authority during registration.

Better quality buildings: To counter issues related to building defects and promote good practices in the sector, some developers provide a warranty for structural damages for 1-3 years. Extending this period, the bill states that the liability of the developers for structural defects will now be five years from the date of handing over possession.

Majority to hold sway: Developers cannot make alterations or additions in the sanctioned plans and specifications of the building or the common areas without the consent of at least two-thirds of buyers. Such provisions in the bill will ensure that home buyers are getting the exact apartment for which they have paid and have a say in layout revision. However, this provision of

obtaining consent of two-thirds of buyers may cause delay. Buyers may raise unnecessary objections and it may result in legal proceedings.

This may be a problem in cases where it is not affecting the premises or flats already sold and the open or common areas, as also in cases where the total layout allows construction of more buildings in compliance of the building rules or building bye-laws or Development Control Regulations.

Provisions in the bill will without doubt make the process of home-buying much easier, but on a larger scale, they will also have repercussions on the entire real estate sector.

The real estate market is largely non-transparent. Most stakeholders operate in their own silos. This is true especially among developers. The absence of a regulator is to a great extent responsible for this plight. With a regulator in place, the sector will be more efficient, prices will be more rationalized and most importantly, the regulator will ensure that malpractices are weeded out well in time.